I was born in Paris, France and came over to the United States at the age of 17 to study Business Management. I have always been involved in the financial field since graduating from college, but found myself happily immersed in a second career in 2007 pursuing a musical ambition I thought I left behind in my teens.

I formed “Bon Chic Bon Genre” in 2008, an exciting band composed of outstanding musicians from the NY Tri State area.

We offer a repertoire of French and American Signature Songs from the 20th century and have performed at libraries, colleges, outdoor festivals, on radio and TV shows, on boats, at private parties and more. We love to come out and entertain audiences.

We recently released “Christmas with a French Twist”, including 10 Holiday Classics sung in either French or English or both. We have also recorded an earlier album
entitled “A La Mode” with unique twists on well-known songs, whimsically mixing a range of musical styles including Pop, Jazz, Funk, Latin, Soft Rock and Reggae.

Both albums are available on itunes, CDBaby, Amazon and streaming outlets.

Thanks for visiting and have a wonderful day! 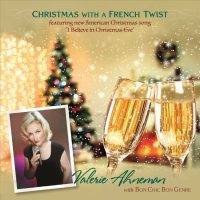 Christmas With A French Twist

Holidays Classics in French and English 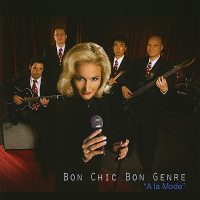 Revamped French and American Classics from the 1950s to 2000

“Souvenirs: 50 years of French and American Signature Songs” and

“Christmas with a French Twist: Classic Holiday songs in French and English with a Gospel Choir.”

She has appeared over the years with the band or as a guest in the following:

The Bijou Theatre: Red, White & Blues: A Musical (a retrospective of popular music of the 20th century. Bridgeport, CT

Greenwich Library. Then and Now, From Paris to New York, Music of the Century. A Celebration of International Jazz Day – Greenwich, CT